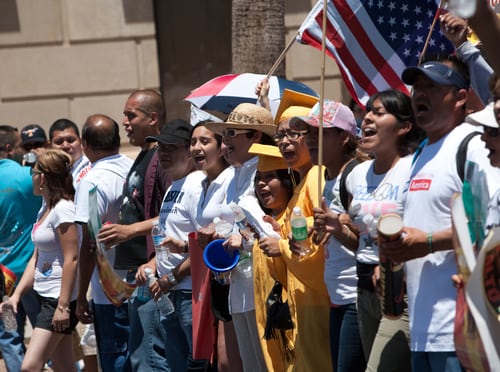 A group of 11 people representing several Utah business industries, community groups and faith organizations recently went to Washington, D.C. to discuss comprehensive immigration reform. The group represented industries as diverse as low-wage farm workers to high-tech industry experts. The coalition went as part of 600 advocates from around the country as part of the “Americans for Reform: Immigration Reform for our Economy, Faith and Security” initiative that took place in early November.

The delegates sat down with all of Utah’s congressional representatives. Utah’s Congressional leaders have indicated they are open to discussing reforming some existing law on the area. However, it is not clear all will ultimately agree on what changes are needed.

The coalition’s goal was not to persuade Utah’s representatives regarding the benefits of reform, however, but to encourage the representatives to get out in front on the issue and lead the way. The New York Times quoted Todd Bingham, president of the Utah Manufacturers Association, as saying their goal was to “tell leadership in the House that we’re not interested in waiting two years – we need to address [immigration reform] now.”

The group outlined several objectives that could be incorporated into new legislation:

Earlier in 2013, immigration reform appeared possible. However, recent events such as the government shutdown and the implementation of the Affordable Care Act have delayed Congressional action on the issue. The advocacy group sent to D.C., however, believes that people in Utah favor a change in immigration law. As such they are pushing for action sooner rather than later.

Utah farmers and ranchers are hurting because of current immigration laws, proponents of reform argue. Randy Parker, CEO of the Utah Farm Bureau Federation, claims that produce is rotting in fields because of a lack of cheap labor. Donna Milakovic, executive vice president of the Utah Valley Chamber of Commerce, believes that a variety of industries must use immigrant labor in order to stay competitive globally.

In the midst of the COVID-19 pandemic, Buhler-Thomas Law will remain open practicing appropriate social distancing measures to protect the health of our clients and legal team. Please call our office for more details (801) 691-0604.