Learning the History of the Green Card 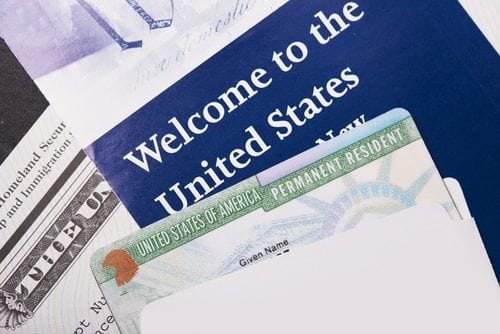 When it comes to permanent residency in the U.S., the green card is the name of the game. This card, which has taken on several forms and classifications over the years, is so named because of the color it took when it was first introduced. At the offices of Buhler Thomas Law, P.C., we can help you with all aspects of green card renewal and applications. Here are some basics on how the green card has developed over the years.

The policy of having foreign nationals register in the country began in 1940, with the Alien Registration Act of 1940. Immigrants were at first required to register at post offices, but this process later moved to ports of entry and dedicated immigration offices. A few years later, the INS began issuing documents to those who had been granted permanent resident status – these Form I-151 documents were generally green in color, hence the name “green card.”

In 1977, the INS moved to a new version of the green card. This was a card that could be verified using a machine, similar to credit cards and driver’s licenses. This document wasn’t green, however, and was called a Resident Alien Card.

In 1989, the INS issued a new card to standardize things. There had been several different versions of the previous card in circulation, making it tough for employers to verify holder identities. These new cards came with expiration dates to help with this identification.

In the year 1997, the INS took another step to counter fraud by issuing the Permanent Resident Card. This card held a unique card number for each individual, and in 2004, a seal was added to this card. This 2004 version is still in use, with versions that will expire for the final time in 2020.

In 2010, green cards were once again re-designed. They got new features to prevent fraud, as is usually the reason for such an upgrade.

In May 2017, the USCIS issued a new green card iteration. This card has even further security features. Old cards, however, will still be valid until their listed expiration dates. For more on the history of the green card, or to learn about how an immigration attorney can help you get started with a consultation, speak to the offices of Buhler Thomas Law, P.C. .